Soundcards – for electronic music producers, they’re the central hub of input and output to a digital audio workstation in a home studio. Today we’ve got a massive roundup of five soundcards under $1000 for producers who demand quality while still remaining within a budget. Read on to see how offerings from RME, Apogee, Propellerhead, Akai, and Alva stack up! The pictured soundcards in the above image are the Balance, EIE (not the Pro model), and Nanoface. When it comes to choosing a sound card for modern electronic music production setups, there are no shortages of affordable, capable options. With the advent of computer-based digital audio workstations, it’s now possible to record, mix, and master everything ‘in the box,’ eliminating the need for a plethora of outboard gear.

First, let me say that I'm new to Mac, and I don't quite 'get it' yet, but I've really struggled with this Optical I/O. This is too bad, since the only reason that I bought it was to record music. 32-in/32-out Hybrid Thunderbolt/USB 2.0/iOS Audio Interface with 16 x 16 Line-level I/O, ADAT and S/PDIF Digital I/O, AVB Ethernet Compatibility, and 48-channel DSP Mixer Onboard with Processing and Effects - Mac/PC. If your Mac has an audio input, you can use a 1/8-inch stereo mini plug. To record from your home stereo to your Mac, follow these steps: Attach the RCA connectors to your stereo receiver's auxiliary (aux) output.

Consequently, a new class of ultra-portable audio interfaces have emerged that despite having a limited number of inputs and outputs, are jam-packed with all the features you need to create computer-based music. Token commemorating 80 years from 1893-1973 for mac. In this roundup, we’re featuring five of these sound cards that span a range of prices and features to help you determine which one is perfect for you. Already know what you want? Jump to a specific review here:. 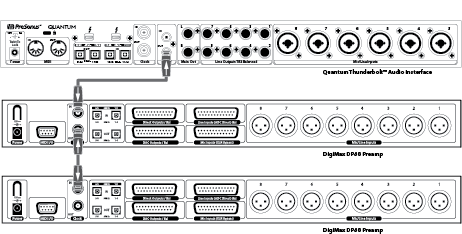 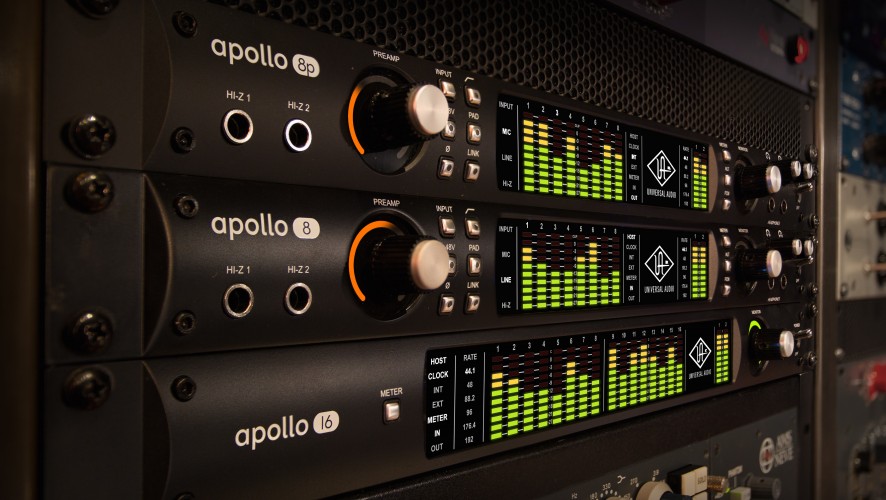 Weight: 1.1 lbs. Connectivity: USB, 2x XLR Inputs, 2x XLR Outputs, 2x ADAT/SPDIF Optical I/O, 2x ¼ Headphone Outputs, 1x ¼ Hi-Z Instrument Input, Power Supply (Optional). Recording Resolution: Up to 24 bit, 192khz First is the RME Babyface, a card that sports both a comprehensive feature set and a relatively high price tag. RME has an excellent reputation in the pro audio world for crafting high-quality interfaces with innovative features and solid drivers. The Babyface is no exception and includes many features found on RME’s higher end interfaces. For most project studio users looking to purchase a high-end two-channel interface in the price range of the Babyface, the chief concerns would be sound quality of the A/D converters & mic pre-amps, latency performance, and ease of use.

RME’s custom M- series converters sound crisp, accurate, and among the best of the units tested. The Babyface’s converters will definitely not be the weak link in your monitoring chain, and with its large wheel to control the output, input, and headphone volume, the Babyface doubles as a monitor controller quite handily. While playing back a relatively quiet, un-mastered recording, I was able to set a comfortable listening level using only about a third of the Babyface’s available output gain. The mic pre-amps also performed well, providing an accurate recording of vocal, guitar, and piano tracks. The Babyface delivers up to 60dB of input gain, which is enough for recording even demanding phantom-powered ribbon microphones. The sound of the preamps and converters did not color the sound in any way but lent itself quite well to post-recording effects processing. An often-overlooked quality in sound cards are the drivers.

Some manufacturers invest all their time and money in crafting stellar pieces of hardware then write sub-par drivers for their devices, often as an afterthought. On OS X, the Balance and Duet 2 both use the Core Audio driver built into the operating system which provides easy setup and integration with on OS X and iOS, but delivers less than optimal latency performance.

RME crafts its own custom drivers, which ensures optimal functionality and latency performance. I was to run a fairly demanding control project full of third party VST instruments and effects in Ableton Live 9 at just 32 samples (2.15 milliseconds of latency) at a sampling rate of 44.1 khz with the RME Babyface, making it by far the best choice out of any of the sound cards listed for driver stability and latency performance. The Babyface is, for the most part, exceptionally easy to use. Weighing just 1.1 lbs, it is light enough to be easily portable, but is heavy enough to ensure durability and quality craftsmanship. Connectivity is provided via a breakout cable ( pictured at left).

The only thing that isn’t so user-friendly is RME’s TotalMix FX software control panel. Although it’s clearly a powerful piece of software that promises to help you route, affect, and monitor all the audio coming into and going out of the Babyface, its interface is more than a little daunting and prevented me from fully coming to grips with it. Admittedly I’ve had little need for the bulk of its features, aimed at live sound and conventional studio engineers who must manage the monitoring of multiple musicians. These features have far less relevance for electronic musicians generating all their sounds in the computer. Still, TotalMix FX provides you with features like Dim, Talkback, Direct Monitoring, and extensive routing options usually found on high end recording consoles to confidently handle any recording situation. Summary: the RME Babyface is an excellent choice for project studio musicians.

The top-notch sound quality of its converters and preamps, exceptional drivers, and robust construction make it a pleasure to work with as long as you can reconcile yourself with the relatively high price tag. It is also worth noting that many of the features found in TotalMix FX that surely contribute to the Babyface’s higher price tag aren’t particularly relevant to electronic music producers operating exclusively in the computer, so if you’re after a simple, no frills two-channel sound card with superb sound quality, you may want to consider the Apogee Duet 2 or look elsewhere to save some money.

Hello, This is my first post on the forum. Hope I can find a solution for my case. I love my Kemper PowerHead and have used it mostly for live gigs last 5 months. My gig schedule is slowing down now and I'm trying to focus on studio work. I was always excited to use Kemper as a reamp unit (actually, long time dream).

Today is my 5th day of trying to record my guitar track through SPDIF with no luck. Believe me, I did my homework. I've read the manual, wiki, almost everything what I was able to find on this forum along with other web info. Still confused! So let me explain with details my situation: 1. I have MacBook Pro 13' (late 2011) running OSX 10.8.5 (Mountain Lion) 2. My audio interface is MBox2 (not Pro) with recent, I guess, drivers from here 3.

My DAW is Logic Pro X 10.0.7 4. In Audio/Midi SetUp I've made a switch from internal to spdif. So, the spdif light on MBox2 started to blink.

Kemper direct out - MBox2 instrument input Kemper SPDIF in - MBox2 SPDIF out Kemper SPDIF out - MBox2 SPDIF in So my questions are: 1. I know that the Kemper has to be setup as a master unit, but HOW? Is it through Digi CoreAudio Manager? But I can't find anything related to my needs there: 2. I've found a lot of complains about Digi CoreAudio Driver. Do you think my Logic can't see spdif channels because of that?

How can I setup spdif channels in Logic? Can't see any possible way in Logic preferences menu. I've never had any problems like that with ProTools, but trying to move out from it because of AVID's recent licensing policy.

Trying to understand what am I missing here? Where is the wrong step? Wrong connection, bad drivers, Kemper settings, anything else? In case I need a new audio interface, do guys have any suggestions from your experience?

USB vs Fireware vs Thunderbolt? I would be extremely grateful for any kind of help, guys! First go in Logic settings under the Tab Audio. Is the right input output interface set? (should be Mbox) Audio/Midi Settings of your MAC isn´t the point you should looking at.

(or I misunderstood you). Second go to Mac Prefrences in the last row should be Settings for your Peripherals (Mbox) here you should change Clock to External if possible to SPDIF. If you setup Audio in Logic Prefrences correct you should create a new Track an in the Input Tab of the Track you could change to SPDIF Hope that helps. If not I can try to make screenshots if I´m back in Studio at evening. First go in Logic settings under the Tab Audio. Is the right input output interface set? (should be Mbox) Audio/Midi Settings of your MAC isn´t the point you should looking at.

(or I misunderstood you). Second go to Mac Prefrences in the last row should be Settings for your Peripherals (Mbox) here you should change Clock to External if possible to SPDIF. If you setup Audio in Logic Prefrences correct you should create a new Track an in the Input Tab of the Track you could change to SPDIF Hope that helps.

If not I can try to make screenshots if I´m back in Studio at evening. Display More. The profiler is always set to Master.Make sure that the Mbox is selected as the interface in your audio settings in Logic and select the right input from your mixer channel in logic for the track you want to record on. Guys, first of all thank you so much for your time and your answers.

I've spent quite a lot of time again following your suggestions and that's what I have: 1. Yes, in Logic under the Tab Audio I have Mbox2 as my audio interface. My SPDIF light on Mbox2 starts to blink only when I'm activate it through AUDIO MIDI Setup (applications-utilities-AUDIO/MIDI Setup) So, when I go to Mac Preferences in the last row (Mbox2 settings) and trying to change it from Internal to SPDIF my Mbox2 spdif light doesn't react anyhow. In Logic I still couldn't change the input tab to SPDIF.

Can't find what I'm missing through the whole process! Thank you so much again for your time and help! Pratchett, any possible screenshots would be very helpful!

I´m not familliar with this specific Interface, but input 1 and 2 schould be your Preamp XLR and TRS, and Input 3 and 4 schould be your SPDIF. Try this if you got Signals with 3 and 4. If so you could change the name of the Inputs if you want. Outputs i´m not shure, since you only have 2. Don´t know how to route outputs to SPDIF I´m trying to get more information about your interface. Your Pictures are as good as mine because I have another Interface.

Could you make a Screenshot of the Output tab open?. S/PDIF outputs mirror analog outs 1–2 So you should only Set Input to 3 and 4 for SPDIF input and your done.

Because you don´t have dedicatetd SPDIF Outputs on seperate Numbers you should mute all other Tracks. Otherwise they would be send to the Kemper too.